For the 155th Anniversary of the Battle of Bull Run (Manassas), there was a reenactment on the Battle of Cedar Creek Battlefield in Middletown, VA.  The battle was originally fought on July 21st, 1861.  There are four albums in this portfolio.  This is the Union States set.  These pictures are taken in their camp. 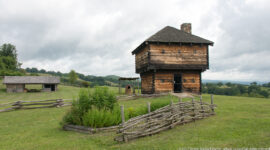